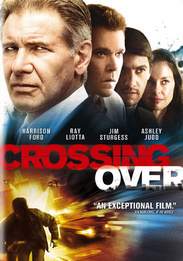 Immigrants from around the world enter Los Angeles every day, with hopeful visions of a better life, but little notion of what that life may cost. Their desperate scenarios test the humanity of immigration enforcement officers. In Crossing Over, writer-director Wayne Kramer explores the allure of the American dream, and the reality that immigrants find  and create -- in 21st century L.A.

Kramer's intersecting stories, both cathartic and tragic, are brought to life by an international ensemble.

Rated R for pervasive language, some strong violence and sexuality/nudity.