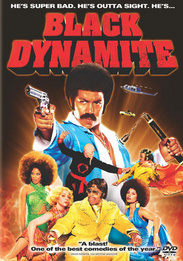 An outrageous action comedy-spoof following the exploits of an ex-CIA agent (Michael Jai White) and full-time ladies man out to avenge the death of his brother against kung-fu masters, drug-dealing pimps and The Man.

Rated R for sexuality/nudity, language, some violence and drug content.