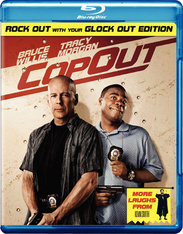 Two longtime NYPD partners on the trail of a stolen, rare, mint-condition baseball card find themselves up against a merciless, memorabilia-obsessed gangster. Jimmy is the veteran detective whose missing collectible is his only hope to pay for his daughter's upcoming wedding, and Paul is his "partner-against-crime" whose preoccupation with his wife's alleged infidelity makes it hard for him to keep his eye on the ball.