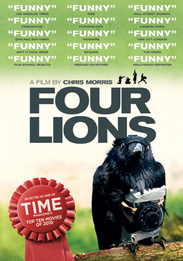 A whip-smart, laugh-out-loud comedy that takes aim at the war on terror. Follow five clueless buffoons as they plan to strike a blow on their own turf.

Rated R for language throughout, including some sexual references.