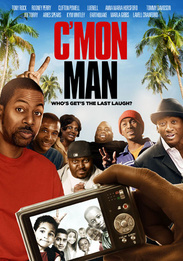 Like every stand-up comic whos ever stepped onstage, Jeff Woods dreamed of making it big." Unlike most stand-up comics, Jeff actually got his chance; and while on his way to the top, an insecure ego causes Jeffs career to quickly go from good to bad. Now, fresh out of rehab, Jeff is armed with new hilarious comedic material and a burning desire to make it big again, the right way.

Rated R for pervasive language, drug use and some sexual content.