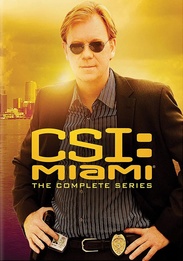 Inspired by the top-rated series "CSI: Crime Scene Investigation," "CSI: Miami" is a drama that follows a South Florida team of forensic investigators who use both cutting-edge scientific methods and old-fashioned police work to solve crimes. Horatio Caine, a former homicide detective, heads a group of investigators who work crimes amid the steamy tropical surroundings and cultural crossroads of Miami. Together, these investigators collect and analyze the evidence to solve the crimes and to avenge those who cannot speak for themselves - the victims.