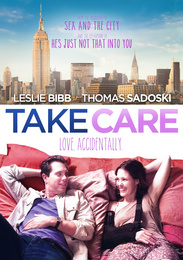 When a car crash leaves Frannie immobilized, she is brushed off by everyone she can count on. With nowhere else to turn, Frannie reluctantly calls her ex, Devon, for help. It isn't before long that old wounds emerge, and are made worse when Devon's crazy new girlfriend also shows up.