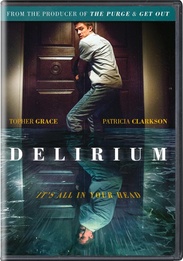 The Hell Gang, an exclusive group of friends, promise a schoolmate that he can join their gang if he can just make it to the porch of a legendary mansion that has a dark and sinister past. Others have tried but none have made it within sight of the mansion before fleeing back in terror. Eddie, who is rigged with a camera to prove he did it, does not return at all! Five members of the gang must now go in to find him. They set off, confident that Eddie is trying to prank them. But what they find in the old mansion is even more terrifying than the campfire stories and legends of the murdered children that once lived there.

Rated R for some violence and disturbing images.