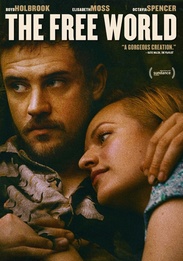 How hard would you fight to be free? After spending two decades in prison for a crime he didnât commit, Mo struggles to put his past behind him as he readjusts to a new life working in an animal shelter. Doris is trapped in another sort of prison: an abusive marriage. A dramatic encounter brings these two troubled souls together, and a possible murder connects them. Soon, Mo finds himself risking everythingâincluding being locked up once again for someone elseâs crimeâto protect the fragile Doris.

Rated R for some violence and language.