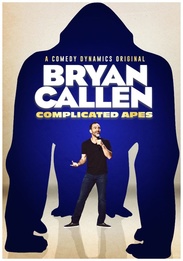 Bryan Callen, a veteran headliner, performs in theaters & comedy venues across the world. In this, his second stand up special, Callen discusses his take on equality & discrimination, stereotypes & the culture code as well as his views on nouns and verbs! Bryan is a regular on ABCâs The Goldbergs as well as his own spinoff show Schooled.