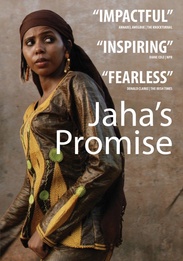 Jaha's Promise tells the story of a young woman who returns home to campaign against the brutal practices that almost destroyed her life. Jaha Dukureh was subject to female genital mutilation as a baby and when she was 15 she was taken to New York City to marry a middle-aged man she'd never met before.