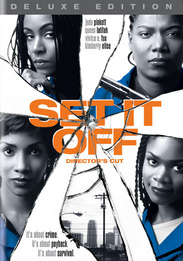 What do you do if you've been abused by the system and mistreated by the police? Four women take the law into their own hands and try to get some payback by robbing the city's biggest banks in this riveting action drama.

Rated R for strong graphic violence, pervasive language, some sex and drug use.