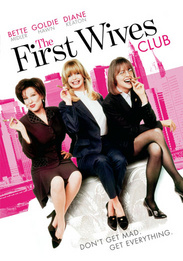 Marriage has turned into a crash dive for Brenda Morelli Chushman, Elise Elliot Atchison, and Annie MacDuggan Paradise. These three well-heeled Manhattan women were chums during their college days, but they all took different paths. Now they're reunited by catastrophe: Each has just been callously dumped by their husband for a younger, sexier "trophy wife". War has been declared, and it will claim some of Manhattan's poshest boardrooms and bedrooms as its battlefields. These are three ladies you do not want to mess with!