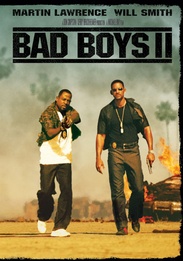 Narcotics detectives Mike Lowrey and Marcus Burnett have been assigned to a high-tech task force investigating the flow of designer ecstasy into Miami. Their inquiries inadvertently lead them to a major conspiracy involving a vicious kingpin, whose ambitions to take over the city