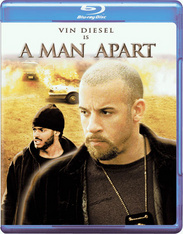 Two DEA agents fight drug smuggling on the California/Mexico border. They're successful at their job because they come from the very streets that they are trying to protect.

When the catch a major drug boss, another takes his place, but this new boss is the most violent drug boss they have ever seen. When the new drug boss accidentally kills one of the DEA agent's wife in a botched hit on the agent, the agent swears revenge and won't rest until the new boss is dead or behind bars.