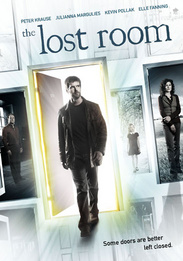 The story follows a detective as he investigates a mysterious motel room, which acts as a portal to an alternate universe. In the 1960s, an unknown event at the Sunshine Motel caused ordinary things in Room 10 to transform into items of wonder.

The room and its contents gained unique and inexplicable properties, transforming them from mundane things into indestructible objects with extraordinary powers. These objects are sought after by anyone who knows their secrets.