Best movies of 2011 that you don't know about yet: Tim's list 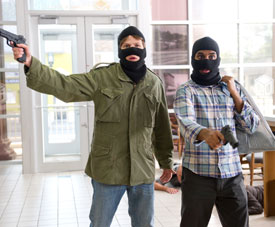 Eisenberg and Ansari in 30 Minutes or Less

It's time again to present our annual outlook of films that may not yet be on your must-see list. My partner-in-crime John and I both marveled at how many (seemingly) good movies are on the schedule for 2011. It looks to be a banner box office year. Not only are there a good number of high profile films but several lesser-known ones.

That's what we present to you here. Our best guesses for the 2011 sleeper movies that deserve your attention. Some of the details may be sketchy but we'll give you what we know.

First are my 10 picks; John's bets are coming in a subsequent post.

Anna Faris stars as a woman who looks back at the 20 men with whom she's had relationships. She wonders if one of them was really her one true love. Chris Evans, Zachary Quinto, and Andy Samberg are among the suitors in this film based on the Karyn Bosnak novel. (Apr. 29)

The abundantly talented Kristen Wiig finally gets a lead role in this comedy. She also co-wrote the script. It's about bridesmaids battling to plan their friend's wedding. This is director Paul Feig's first feature film. He's worked with Judd Apatow on many of his past projects. In fact, Apatow is a producer on this one. Rose Byrne and Maya Rudolph co-star. (May 13)

No, this isn't a sequel to Eat Pray Love. It's a romantic comedy starring Steve Carrell as a father whose marriage is unraveling. Ryan Gosling, Emma Stone, Kevin Bacon, Julianne Moore and Marisa Tomei provide an awesome supporting cast. (July 29)

I have a thing for workplace comedies and this one fits the bill perfectly. Jason Bateman, Jason Sudeikis and Charlie Day are looking to dispose of their evil bosses (Kevin Spacey, Colin Farrell, and Jennifer Aniston). Jamie Foxx provides them with a solution to their problem, albeit a questionable one. Sounds like a male verison of 9 to 5. The King of Kong and Four Christmases' Seth Gordon is behind this one. (Summer)

What's better than a comedy where people switch roles? One where they switch bodies, that's what. Ryan Reynolds and Jason Bateman are the guys in this one opposite Olivia Wilde and Leslie Mann. Wedding Crashers director David Dobkin helms this one. (Aug. 5)

Ordinary guy Jesse Eisenberg is kidnapped by two criminals (Danny McBride and Nick Swardson) and forced to rob a bank. Eisenberg's character partners with his buddy played by Aziz Ansari. I'm not sure I totally buy the premise but the cast is legit and director Ruben Fleischer gets a golden ticket from me after doing Zombieland. (Aug. 12)

I've long been a fan of the 1985 original so I definitely have high hopes for this remake. Colin Farrell, Anton Yelchin, and Christopher Mintz-Plasse star in the horror-comedy about a guy who discovers his next-door neighbor is really a vampire. Craig Gillespie, the man behind one of my favorite films Lars and the Real Girl, directs this. (Aug. 19)

The trailer for this futuristic sci-fi romp is out and it looks bad. That's bad as in good. But also bad as in a little bad. Hugh Jackman stars as a trainer of robot boxers. Yeah, imagine the old Rock 'em, Sock 'em Robots and you have a good idea what this one is about. It sounds kinda cheesy but who doesn't like cheese? (Oct. 7)

Paul Rudd is the idiot brother in question who crashes in with his three sisters. I'm not sure which play his siblings but actress names the likes of Zooey Deschanel, Elizabeth Banks, Emily Mortimer, and Rashida Jones give me a lot to hope for. The always good Steve Coogan and Adam Scott are also on board this one. (Release TBD)

The dichotomy of the title is what first struck me about this one. It stars Gerard Butler as a former drug dealer who finds God and crusades to save Sudanese children from the horrors of war. The movie is directed by Marc Forster (Quantum of Solace and Finding Neverland) and co-stars Michelle Monaghan and Michael Shannon. (Release TBD)

This is an adaptation of John Le Carre's cold-war novel involving a spy hunt within the British Secret Intelligence Service. Names like Gary Oldman, Colin Firth, and Tom Hardy are sure to bring great performances and direction from Tomas Alfredson (Let the Right One In) will put them to good use. (Release TBD)