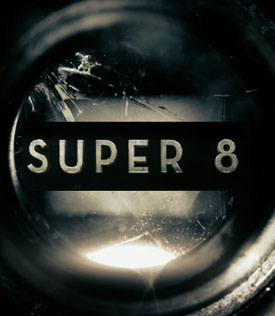 This week two new clips from the movie Super 8 made their way around the Internet and while they didn't really give us anything new in the way of plot, they still had plenty of knowledge to impart.

Perhaps the biggest subtle piece of information the first clip gave us was the first glimpse of director J.J. Abrams' hand at work. Up until now, all of the footage and trailers have looked and felt like any other 1980s Steven Spielberg movie. However, this clip featured a stark contrast to the producer's usual Modus operandi.

The little detail in question is the inclusion of The Cars song from their 1978 debut album "Bye Bye Love." Spielberg, during his Amblin Entertainment heydays, relied almost solely on John Williams to drive mood and emotion through his now legendary scores. In this clip, the nostalgic inclusion of The Cars song is almost certainly a twist from Abrams who is notorious for using and rediscovering forgotten songs to set time and mood.

That's not to say that there won't be a score to the movie at all. In fact, in another nod from Abrams, frequent collaborator Michael Giacchino is providing the score and it's a good bet that he is responsible for the "Bye Bye Love" inclusion. Giacchino won numerous awards while scoring episodes of Abrams' huge TV hit Lost.

But this is still an homage to Spielberg's early work and to that end, I finally sat my fiance down this weekend for her first viewing of Close Encounters of the Third Kind. Needless to say, she loved it and I figured it was the best possible primer to Super 8. Of course, Super 8 is set in 1979 and with the inclusion of The Cars hit, they are acknowledging that popular culture will be in play for the characters.

Close Encounters of the Third Kind came out in 1977 and Super 8 is said to take place in the Summer of 1979. I can't help but think with its similar subject matter that there will be at least one nod to Spielberg's classic opus. But knowing Abrams, it will be subtle, so keep your ears peeled for those tones from Close Encounters of the Third Kind showing up in the score or a Ball State shirt (Super 8 takes place in neighboring Ohio).

It seems that the two clips above are part of a special promotion this week on Fox. I suppose if I actually watched The Simpsons or Glee, I would already know that.

Alas, I don't watch those shows and the ones I do watch on Fox are DVR-delayed. Anyhow, below you will find Clip 3 and there's a promise of another clip tonight, so check back tomorrow for another update.

Another night of TV brings another Super 8 clip. I really like how they are extending the one scene from the trailer and providing some depth to it. I didn't need to be sold on this movie, but I'm buying it hook, line and sinker.