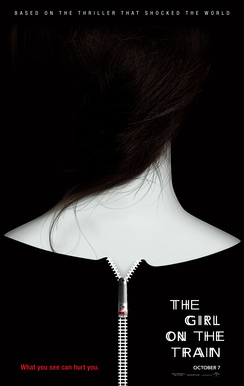 I hinted last week that Haley Bennett is in for a breakout year in 2016, but even I may have underestimated her potential for stardom. I know that she had a juicy role in the upcoming film The Girl on the Train, but I had forgotten that she was also set to play the female lead in remake The Magnificent Seven.

Today, ironically, trailers for both of those films have hit the Internet and let's just say that Ms. Bennett is about to go supernova. If you ever wondered what Jennifer Lawrence would look like with fiery red hair, then check out the trailer for The Magnificent Seven. I had to take a double take because I was pretty sure that J. Law wasn't in that film, but my eyes were telling me something different.

That's when I realized that the feisty actress I was watching was none other than Haley Bennett. If you prefer blondes, then you will enjoy Haley in the trailer for The Girl on the Train, where she plays a sultry woman who goes missing and sets the main action of the film in motion.

The Girl on the Train debuts on the big screen on October 7, while The Magnificent Seven rides into theaters a couple of weeks earlier on September 23. But, you don't have to way until the Fall to see the talented actress. She can currently be seen on DVD in Lost in the White City or exclusively available digitally at FlixFling.

The Girl on the Train trailer