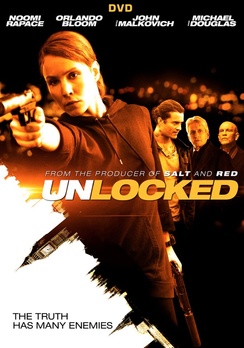 If you ask the typical American who Noomi Rapace is, they might be able to tell you that she was the lead in Prometheus - maybe. The talented Swedish actress is much more than the sum of one commercial flop and true cinephiles appreciate her large body of work.

Namely, she skyrocketed to fame as the original Lisbeth Salander in the Swedish trilogy of films based on author Stieg Larsson's series of books. It was evident in those films, and before, that Noomi is the type of actress that can carry a film and is on the cusp of a major breakout. While the lackluster reception of Prometheus may have delayed her progression to a household name, she is still a commanding presence in any film.

In Unlocked, she again commands the spotlight as a disgraced CIA interrogator dealing with a failed mission that led to the loss of lives that is suddenly thrust into another potential terrorist attack. What begins as a standard, by-the-numbers action thriller suddenly takes a right turn and Noomi Rapace is off and running doing what she does best, kicking butt.

It is pretty clear from the get-go that they are positioning Noomi's Alice Racine as a Jason Bourne with more estrogen and for the most part that translates to the end result on the screen. Unfortunately, the film takes a good setup with strong potential and wastes it all with a predictable lackluster action film that may entertain mildly, but ultimately does not resonate with you beyond the viewing.

It's hard to pick one thing out that sabotages the movie, it's more like a death by a thousand paper cuts. The real head-scratcher is that the supporting cast around Noomi is much stronger than your usual B-movie popcorn flick. Usually, there will be one, maybe two, beefcake washed-up action stars from the 1990s. Think Dolph Lundgren or Wesley Snipes. The rest of the cast is a bunch of has-beens or never-will-bes and the film is instantly forgettable.

This isn't the case with Unlocked. It stars a veritable who's who of Hollywood A-listers (or at least B+) including John Malkovich, Orlando Bloom, Michael Douglas and Toni Collette. Each of them perform admirably and Orlando Bloom demonstrates the action potential that he had shown so long ago. It really makes you wonder what he has been doing for the last decade or so.

This is the point where I really need to praise Unlocked for what it does right. While sure, the film has some pretty glaring potholes and enough clichÃ©s to fill Santa's bag of toys, it really succeeds in presenting a female-driven action film. It would be trite to compare it any of the Bourne films where the protagonist has been genetically altered. No, this is just a normal woman kicking butt and saving the world. Both Noomi and Toni Collette are given strong moments to show that they can succeed in a genre that is ordinarily dominated by their male brethren.

This breath of fresh air is almost enough on its own to save the movie, but in the end, I found myself wanting to enjoy it more than actually enjoying it. The last 20 minutes or so were a bit tedious and left me wishing that they would just put a quick bow on the film and let us out early. That said, if you enjoyed similar films like Salt and Lucy, then you will find comparable fun stuff in Unlocked.

Unlocked is now available for purchase on Blu-ray and DVD. 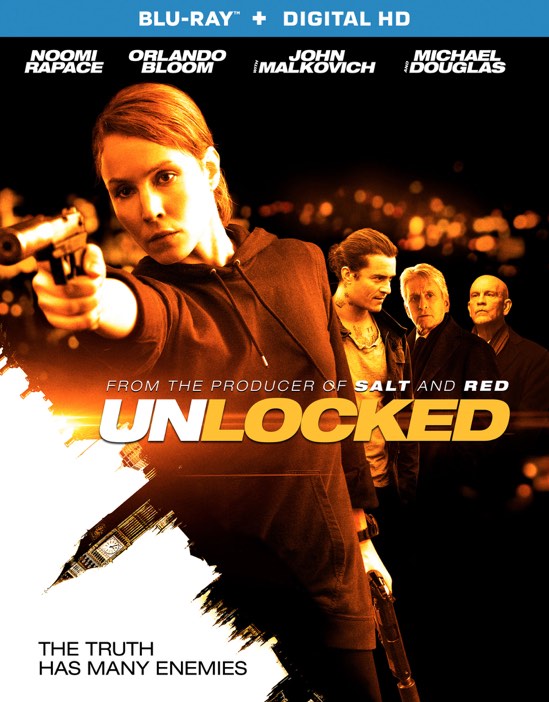 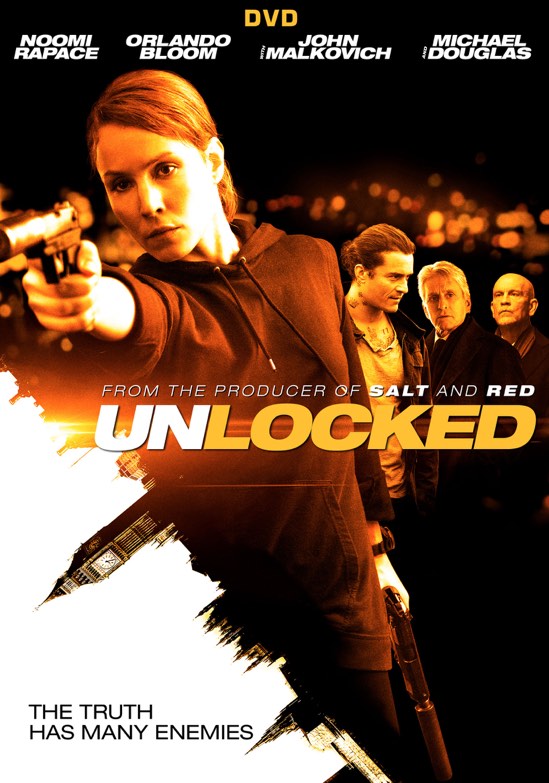