When you watch Jason Momoa onscreen, you get a sense that you may be watching a young Dwayne Johnson getting his feet wet. After getting his acting start in the Mummy films, the wrestler-turned-actor had to feel his way through films such as Gridiron Gang and Doom before he transcended to the heights of Hollywood's most bankable action star.

I mean, come on, The Rock was able to bring in over $150 million at the box office for San Andreas.

After bursting onto the scene with Game of Thrones (or with Stargate Atlantis for us nerds out there), Jason Momoa promptly scored a leading role in the DC movie universe as Aquaman. While the stand-alone Aquaman movie won't hit theaters until later this year, Braven gives us an early glimpse at what a Jason Momoa-led action film might look like.

Momoa plays a soft-spoken logger who will do whatever it takes to protect his family. So, when he and his father retreat to their hunting cabin and find that drug dealers have stashed their product there, all hell proverbially breaks loose.

What I really enjoyed about the film was that it didn't fall into the modern trapping of action films these days in which there's non-stop action from start to finish. No, Braven takes its time to ease into the violence in a way that was sort of reminiscent of Die Hard.

Some action junkies might get impatient in the opening 20 minutes or so, but the delicate character-building investment pays off in spades over the course of the film. I have been a big fan of Momoa since his Stargate Atlantis days and I always felt that he was more than just a bunch of muscles. I feel that his quiet, smoldering persona would be an interesting trait to explore in an action film.

In Braven, we get that in his relationship with his family and, in particular, his father. It's apparent that Momoa's character is a deeply caring family man and this investment adds weight to the action scenes later in the film when his entire world is threatened.

It was also good to see Stephen Lang show stretch both his action and drama chops as he's a criminally underappreciated character actor. His performance of a man with early-onset dementia adds a level of complexity to the film that you don't really see in other direct-to-video action films.

Of course, the film's success really boils down to its action sequences in the back half of the film. While there are several interesting kills that take advantage of the location and weapons at hand, it just seems that something is missing from the stripped-back fight scenes. Director Lin Oeding is a stunt coordinator, so this choice was obviously a stylistic choice, but it's one that is in opposition to the current flashy trend as seen in the John Wick films among others.

This choice works in some scenes and does help to convey a more natural fighting style, but I'm left wondering how a more effects-driven edit might have better used the beautiful snowy exteriors. That said, there is something said about films shot in snow and I'm a sucker for the high contrast of red blood on the white pure snow. Of course, this film doesn't linger on the blood and gore all that often which is a bit of a bummer for me.

Overall, the film will find a receptive audience in action junkies who have come to expect sub-par quality from the latest Eric Roberts or Danny Trejo film. I applaud them for taking the time to develop character and story, even if some of the story's elements in the third act push the envelope of my suspension of disbelief, but it doesn't detract from an otherwise enjoyable film.

Braven is now available on Blu-ray and DVD. 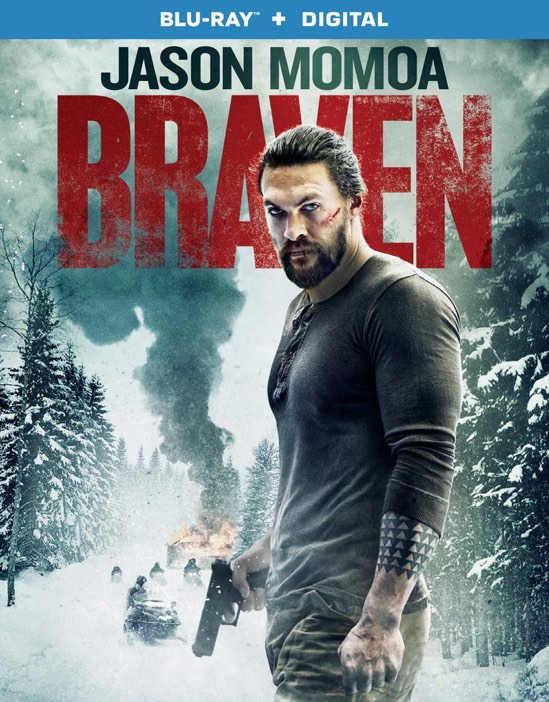 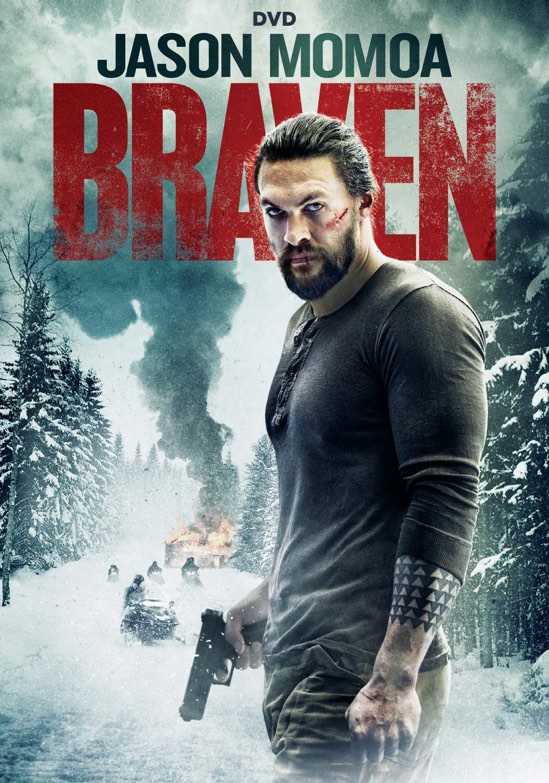