Review: Joaquin Phoenix gets violent in 'You Were Never Really Here' 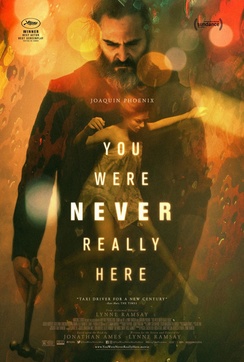 It's odd, but this week brings us two films about human trafficking. See, I told you it was a hot button topic for Hollywood these days. While Traffik represents everything that is wrong in trying to exploit an exploitation film in the name of justice, You Were Never Really Here proves that the most effective justice is often of the bare-knuckled variety.

If you were to take the protagonists from Taken, Leon, The Professional and John Wick and combine them into one person, then you would have Joaquin Phoenix's Joe in You Were Never Really Here. In a word, he is a badass. In more words, he is the type of deeply disturbed individual with a tenuous grasp on reality that you do not want to meet in a dark alley some night.

Joe is a veteran who is a traumatized survivor of child abuse in his own path who tries to settle his demons by delivering his brand of vigilante justice. His particular flavor of vengeance is rescuing girls from human trafficking rings and he doesn't really mind getting his hands dirty.

Unlike this week's other human trafficking film, You Were Never Really Here doesn't try to take the moral high road whilst betraying the very fabric of what they are trying to prove. Nope, things are much simpler here. Human trafficking is bad and what Joe does is bad, but it's not as bad and prostituting children. There are plenty of shades of grey to go around in this movie.

When a senator's daughter is taken, he turns to Joe help get her back. He also makes it very clear that he wants those responsible to pay dearly for their own transgressions. For Joe, it's all the same. The ends justify the means and as long as the end result is the extraction of the child from these horrible people, the details of their suffering are secondary. In other words, he doesn't mind making them feel pain.

In much the same way that John Wick methodically kills off those that murdered his wife, Joe dispatches the would-be pimps and procures the senator's daughter, but that is when the film takes another, darker turn. As I said, there is a lot of shade to go around in this film.

The interesting thing about this film that makes it stand out from others like it is the performance of Joaquin Phoenix. While he has a tendency to turn in over-the-top performances, he really balances the violent outbursts with "normal life" to create a complex character. Joe isn't really someone that begs for the audience's sympathy so much as he is clearly a fractured man who has arrived at his disheveled present state after so much abuse that he is relatable to some degree.

Of course, you don't have to be a murderous hitman to relate to Joe as his interactions with his mother show that his wounds are still fresh - at least in his mind. And yet, the way that Joaquin expresses the duality in his performance is what really sells the character and ultimately the film.

The film is surely one that will stir up a bit of controversy as the violence is heavy and quite bloody. Also, Joe's nonchalance about it as simply being the means to his ends is one that will upset certain people. The fact of the matter is that the film shows the flaws in everyone, but sometimes you simply have to resort to violence to enact the justice that is well-deserved and would otherwise not be served.

You Were Never Really Here is a gritty film that continues the impressive resumÃ© of writer/director Lynne Ramsay. She is certainly a unique visionary with an interesting voice that is being used to bring important films to light. It will be interesting to see where she next takes us.

You Were Never Really Here is now available on DVD and Blu-ray. 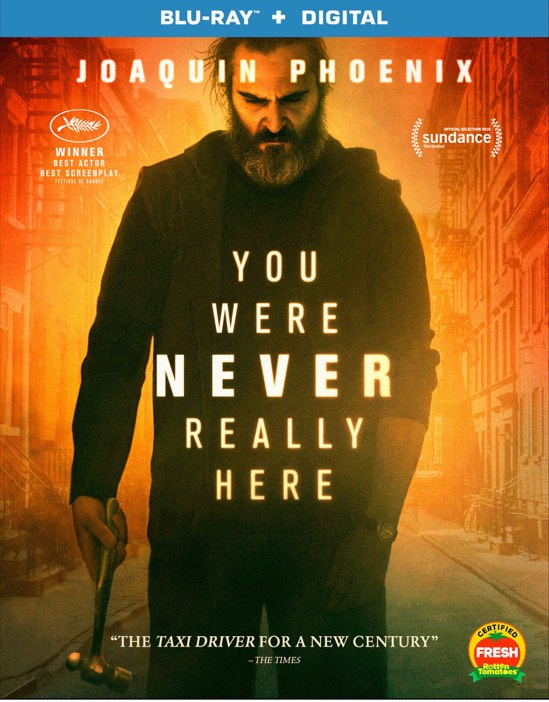 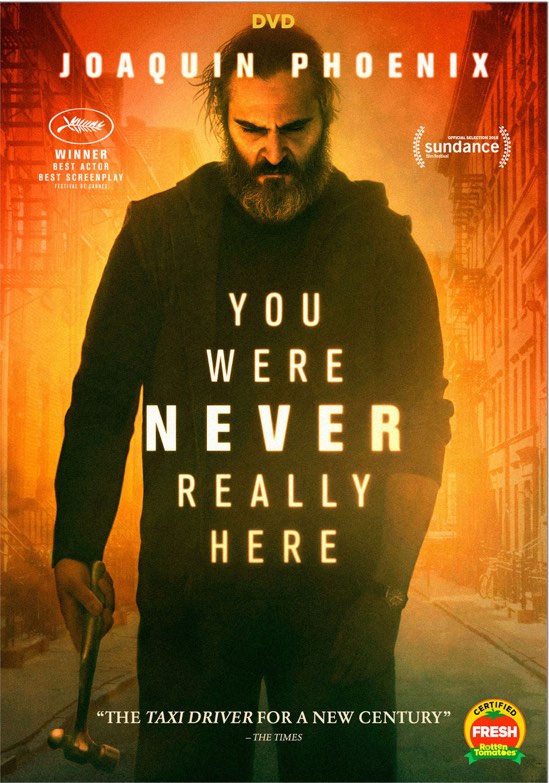