Review: 'The Equalizer' gets 4K upgrade in the nick of time 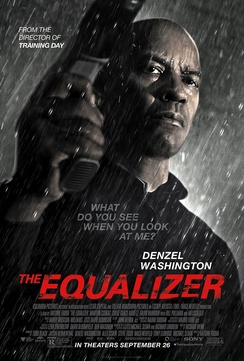 If you're looking to make some money at the bar sometime, ask a simple trivia question. How many sequels has Denzel Washington done?

In today's age of franchise, reboots and sequels, it's hard to fathom that The Equalizer 2 represents the first time that the venerable actor has appeared in a sequel. You'll win a free beer every time with his question.

Given the latter film's debut in theaters last weekend, Sony Pictures sought to ride the film's success with the release of the original film on 4K UHD. While I'm not normally a big fan of re-releasing a film on a new format so soon after its initial release (2014), The Equalizer is one of those films that is simply elevated by the benefits of 4K UHD Blu-ray.

In the original film, Denzel plays a mysterious man who is trying to put his past behind him and start anew with a fresh, simpler life. However, when he sees rampant crime start to infringe upon his new life and new friends, he takes matters into his own hands to enact justice.

Initially, I was skeptical of The Equalizer when it first came out. It was loosely based on a 1980s TV series and it seemed that we had more than our fair share of vigilante justice movies lying around. Trust me, I recognize that this was short-sighted as this same sentiment delayed me from watching John Wick for over a year.

Speaking of John Wick, upon the re-watch of the film for this review, I was struck by just how similar the two films' protagonists are. Sure, they have different motivations for their actions (revenge vs. vengeance), but their manner and style is surprisingly similar. For lack of a better word, they exude cool from the screen as they kill the bad guys (or badder guys).

Even though the film is only four years old, it still holds up really well. What I mean is that it still feels fresh and doesn't play like a nostalgic trip down memory lane, which befalls several other 4K UHD offerings. No, The Equalizer still feels relevant and with the sequel now playing in theaters, the timing couldn't be better to add this one to your 4K UHD collection.

With its many action sequences, many filmed in low-light settings, the HDR video transfer really elevates the picture quality. While the resolution and details are crisp as one would expect from a 4K transfer, the muted color palette of the film is really able to reach full saturation with the HDR version.

The Dolby Atmos audio track is also a noticeable upgrade over its Blu-ray counterpart. Not only are the channels used fully for the loud action sequences, but the crispness is really apparent in the quieter more dramatic scenes. These enhancements really help to deliver that cinematic experience.

Surprisingly, there are five new deleted scenes on the 4K UHD which is surpising given that the film just came out a few years ago. Included in the new scenes is one called "McCall's Epilogue" which provides a perfect setup for The Equalizer 2. It wasn't readily apparent if this scene was actually shot with the first film or is something they picked up while filming the sequel, but it's a great little scene that fans of the series will enjoy.

I can see the trepidation on the part of director Antoine Fuqua, who worked with Denzel previously on Training Day, for including it in the original film. I mean, it's Denzel, he famously doesn't do sequels. But at the same time, I can see why the studio would have wanted them to film it in the hopes that a successful theatrical run would greenlight a sequel.

Whatever the case may be, it has now come to light and it is worth watching. The rest of the bonus features are retreads from the existing Blu-ray, but it's nice to have them included here. If you're buying The Equalizer new or upgrading, you will have all of the extra content. If you're upgrading, you can get some of your investment back by parting with your old Blu-ray copy.

I really enjoyed this film both when it came out and the re-watch for this review. I haven't seen the sequel yet, but given its box office success during opening weekend, it's a safe bet that we might see more Equalizer films in the future. That is if Denzel is keen to make them, remember he has never appeared in the third film of a franchise, but hey, there's a first time for everything. 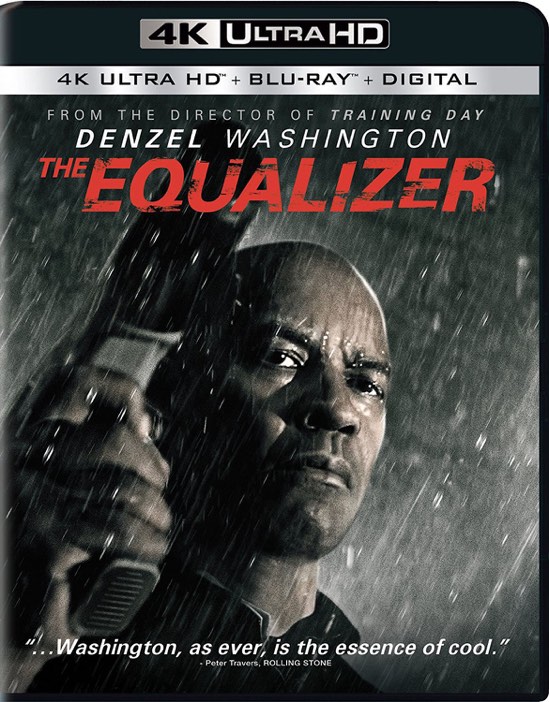