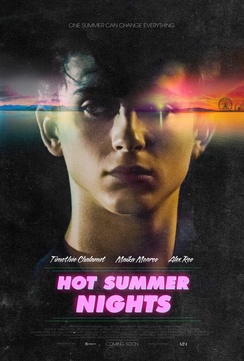 The term "coming of age" is thrown around in Hollywood like candy at a parade. Put simply, it's a way to group a bunch of teen films that come to represent the pivotal period between high school and college. Every year, Hollywood churns out at least a dozen of these movies and most are forgettable, but every so often one comes to represent a distinct period of a generation.

I'm talking about films like Stand By Me, American Graffiti, Dazed and Confused and Say Anything... These films come to define the time period they are set in and stand as cultural touchstones for future generations. That's precisely the type of film that you find in Hot Summer Nights.

The time is 1991 and the place is Cape Cod. Daniel, a young high school graduate, is sent off to spend the summer with his aunt after his father dies. As a socially awkward outsider, Daniel develops confidence after accidentally becoming a drug dealer with the local weed man. As their operation progresses, Daniel quickly finds himself in over his head.

This film really spoke to me given that I graduated high school in 1993 and while I spent my summers in Michigan, I could certainly relate with many of the same insecurities that young actor Timothee Chalamet brought to Daniel. Let's face it, the early 1990s were an odd time and one that has proven difficult to properly capture on film.

In Hot Summer Nights, writer-director Elijah Bynum crafts a film that seems to bring life to this awkward time. The blistering heat of the unrelenting sun mirrors the heat that Daniel quickly finds himself in when his little drug business begins to expand.

The high point of the film is definitely the talented young cast which includes Maika Monroe, Alex Roe and the aforementioned Chalamet. Veteran actors William Fichtner and Thomas Jane round out the cast and bring a steadying veteran experience to the film.

While Hot Summer Nights is a fictional account of the time, the true story White Boy Rick (currently in theaters) is set close to my home around the same time. The parallels between these two films are shockingly similar as both protagonists get in over their head when they are seduced by the allure of the drug trade.

While White Boy Rick opts for the action and glory of drugs, Hot Summer Nights is more of a slow-burner that gets lost in the minutiae of things. The talented cast spends a great deal of time lamenting their lives and the direction they are headed, not realizing that they are more fortunate than many others. Sure, some people might be annoyed by this type of navel-gazing, but I think it's a wise decision that truly captures the tone of the time period nicely.

If you weren't swayed by his Academy Award-nominated performance in Call Me By Your Name, then you will certainly be awed by the nuanced performance that Timothee Chalamet delivers here. He shows his range starting as an awkward teen dealing with loss and grief who gradually finds himself as he builds confidence in this jarring new world. Daniel is processing so much and going through so many changes that it truly required a dynamic actor to do the role justice and Timothee is the perfect choice.

Another actor that I have not seen much from but who surprised me with his performance was Alex Roe. In his first scene, I was convinced that he was channeling James Franco or Casey Affleck, but as the film moved on, Alex really developed his own persona. His character is another complex study in behavior that sort of travels across a mirrored arc than Daniel. Seeing both of these actors crush it really sells Hot Summer Nights by itself.

If you're looking for a darkly comic coming of age tale with a few twists along the way, then Hot Summer Nights is for you. If you came of age yourself in the early 1990s, then you'll definitely relate to many of the situations in the film. 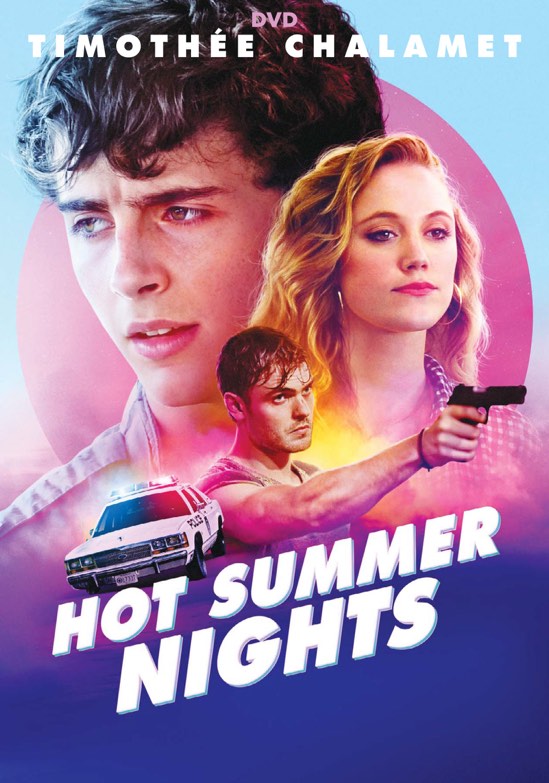