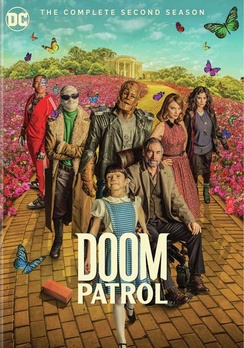 Warner Bros. Home Entertainment provided me with a free copy of the Blu-ray I reviewed in this news story. The opinions I share are my own.

If there's one thing that we have to come to grips with in a streaming world, it's the ever-changing landscape and the old shuffle game Three-card Monte. Find your favorite show, is it here? Now, it's there. Where is it? It's anyone's best guess.

During the golden age of network and cable television, show permeance was a real thing. Shows were as much a brand of each network as the personalities that graced their nightly news shows. Friends was NBC. CSI was CBS. Game of Thrones was HBO.

These days, streaming services are fickle and their attention span is even shorter. Take the DC Universe streaming service, which started out as a grand plan for DC to finally make some in-roads with comics champ Marvel, but was soon made redundant with the debut of HBO Max.

Parent companies are jumping in and gobbling up all of that original content. Case in point, Doom Patrol.

The show started as an exclusive DC Universe series for Season One. It debuted jointly on DC Universe and HBO Max for Season Two. By Season Three, it will be an HBO exclusive and DC Universe will be re-branded as a digital comics platform.

Oh, what a wild world we live in.

DC's strangest group of heroes: Cliff Steele aka Robotman, Larry Trainor aka Negative Man, Rita Farr aka Elasti-Woman, Crazy Jane, and Victor Stone aka Cyborg are back again to save the world â that is if they can find a way to grow up... both figuratively and literally. Following the defeat of Mr. Nobody, the Doom Patrol now find themselves mini-sized and stranded on Cliff's toy race car track. Here they begin to deal with their feelings of betrayal with Niles Caulder aka The Chief, while confronting their own personal baggage. And as each member faces the challenge of growing beyond their own past traumatic experiences, they must come together to embrace and protect the newest member of the family, Dorothy, Caulder's daughter, whose powers remain a mysterious but real threat to bringing on the end of the world.

While cable TV will see the most significant hit from the cutting-the-cord movement, physical media should actually see a nice little bump from it. Case in point: Doom Patrol: The Complete Second Season. While it's hard to justify the monthly cost for one show, I can tell you that this show is worth the $20 or so to own.

If you're a fan of the CW's Legends of Tomorrow, then you'll most certainly want to check out Doom Patrol. Both shows are similar in tone and feature more of the fantastical that is more often than not missing or glazed over in DC films. Doom Patrol sort of reminds me of Suicide Squad meets the X-Men, only better.

In fact, it's pretty easy to make the connection between the former's "freaks" and the latter's "mutants." Heck, both teams are even led by a secretive leader that is confined to a wheelchair. Don't worry, DC and Marvel often "borrowed" liberally from each other over the years. That's what makes a good rivalry, no?

As in Season One, the casting is really superb and a bit risky for a show that is basically a streaming exclusive. Big names such as Brendan Fraser, Matt Bomer, and Timothy Dalton are all on their game giving the series a unique emotional depth that is hard to find on even the biggest network shows.

The one downfall of Season Two was the onset of COVID. Much like many other shows, the pandemic caused major re-writes and a truncated season. While they do an admirable job of shoehorning in some closure in the season finale, there's still plenty of unanswered questions and a major cliffhanger to look forward to in Season Three.

Thanks to the increased exposure from HBO Max, it was a no-brainer for Doom Patrol to get a third season. Now, they just have to prove that their success thus far wasn't a fluke. Given the top-notch cast involved, I'm confident that they will meet and exceed these high expectations.

Doom Patrol: The Complete Second Season is now available on Blu-ray and DVD. 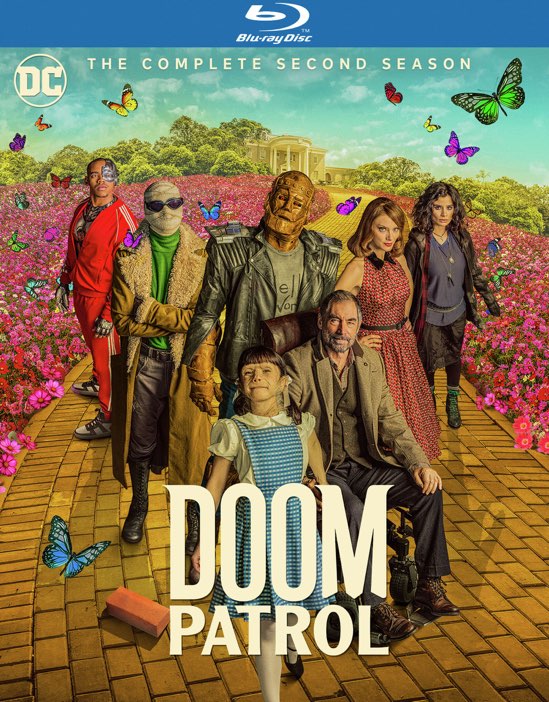 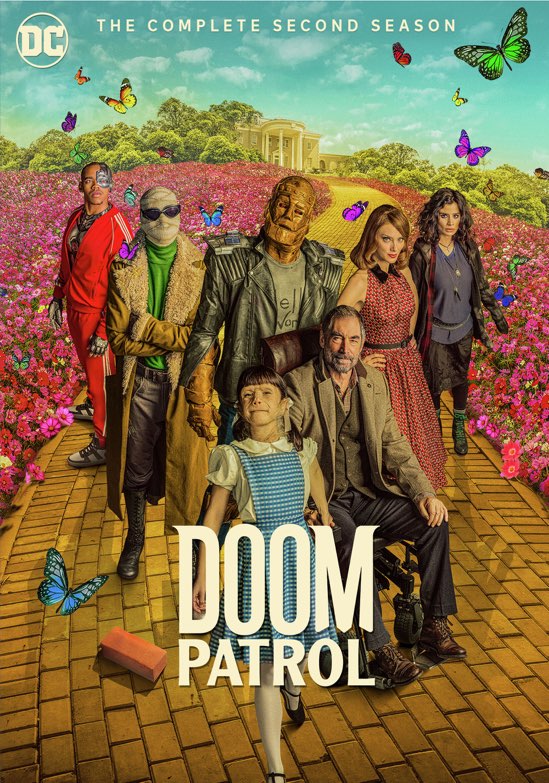